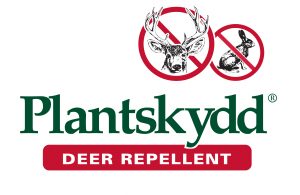 Plantskydd’s effectiveness as an animal browse deterrent has been confirmed in operational conditions by major North American forestry companies since 1993, on hundreds of millions of conifer and deciduous trees of various species. It’s long-term effectiveness—4 to 6 months over winter—is attributed to Plantskydd’s tenacity in sticking to plants—even under severe snow / rainfall conditions.

My company  has used Plantskydd animal repellent since 2004. We use the product to deter elk and deer from browsing Douglas Fir and Cedar seedlings that we have planted. The efficiency of Plantskydd is amazing!  We have saved hundreds of thousands of seedlings in the past 16 seasons! The product is easy to mix and apply with an industrial sprayer as well. I would highly recommend Plantskydd to any silviculture company that needs to stop any ungulate browsing and promote healthy, sustainable plantations. 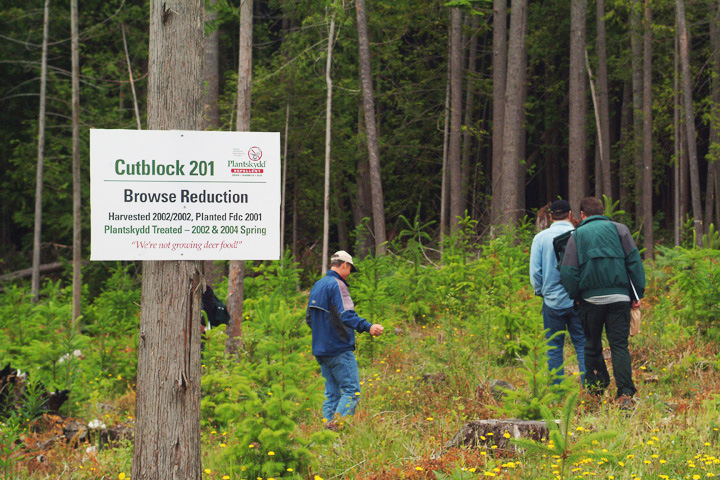 Why does it work so well?

Plantskydd works by emitting an odor that animals associate with predator activity—repelling the animal before it nibbles on plants. The odour is not unpleasant to the applicator.

Research by the National Wildlife Research Center, Olympia, WA, has proven odour based repellents are more effective than other repellent systems—where the animal needs to taste treated plants before being repelled. (see below)

Once animals are attracted to an area and begin feeding, it is more difficult to discourage them from returning. Plantskydd stimulates a fear-based response which will have them looking for somewhere else to dine.

“…Products that use a bitter taste (denatonium benzoate) were usually the least effective in reducing damage by herbivores. Repellents that were applied to plant surfaces were generally more effective than capsules or other devices that produced an odor intended to protect a specific area.” 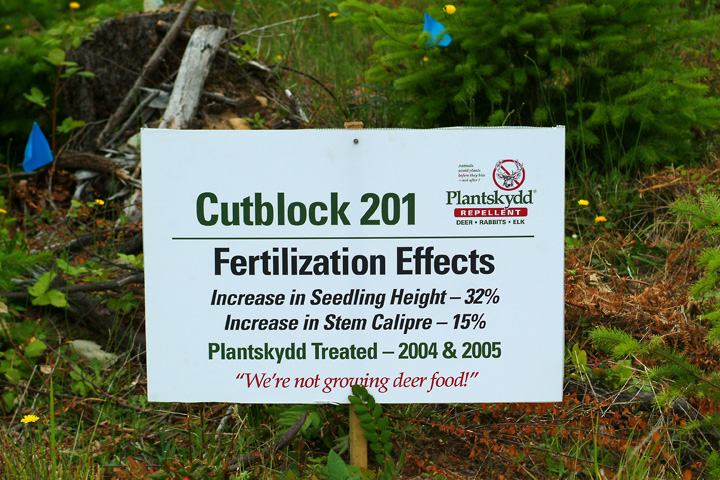 As an added benefit, Plantskydd acts as a foliar feed fertilizer (12N) for many types of plants.

Plantskydd’s active ingredient, dried blood, has long been recognized as an organic fertilizer.

Studies performed by Pennsylvania State University’s Department of Horticulture showed that the use of Plantskydd on a variety of flowering plants resulted in a fertilizing effect.

“All plants tested that were treated with Plantskydd were larger, had more flowers and generally had greener leaves. This response is typical of the response created by an increased level of fertilization.”

Plantskydd® was first developed in Sweden

Plantskydd® was first developed in Sweden in 1991 in response to commercial forest plantations being decimated by deer, moose and rabbits. Their forest industry needed an animal repellent that could: last through severe weather and meet Sweden’s strict environmental laws.

In Canada and the United States, Plantskydd’s effectiveness as an animal browse deterrent has been confirmed since 1994 in Operational Level Field Trials undertaken by large forest industry cooperators on millions of conifer and deciduous trees of various species. Plantskydd is now considered the most cost-effective and environmentally safe animal browse deterrent available. 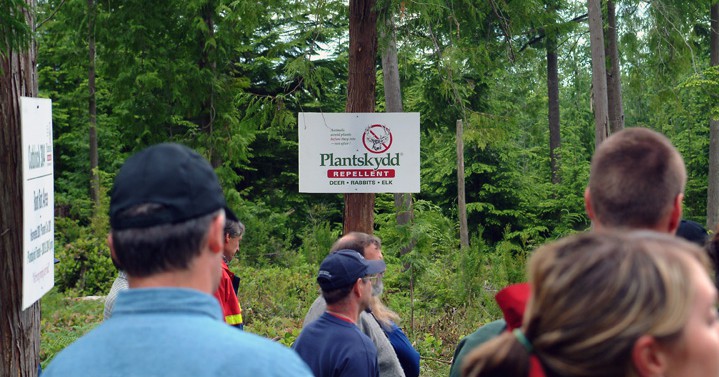 It is used as an animal browse deterrent by most leading forest companies, nurseries, private woodlot owners, and landscapers, as well as provincial, state and federal conservation agencies. 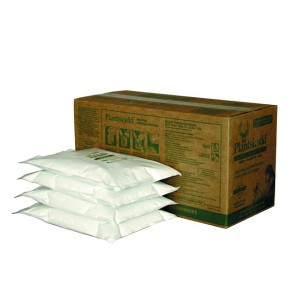